Salman Ikram has long been drawn to the vessel form as the essence of Ceramic Art. Instinctively aware of the meaning within our ancient human engagement with ceramics, He has evolved an archaeological metaphor in his work. He throws pots and vessels on the wheel and takes them through a physically arduous and hazardous process of firing and finishing with the result that his pieces already appear to be artifacts. If Salman Ikram's works are deceptively simple in form, there is considerable complexity in the detail. Unlike the hard, undifferentiated surfaces of commercial glazes, the surfaces of Salman's ceramics reward detailed examination - the more you look, the more there is to see. He masterfully uses the unique medium of crystalline glaze which undergoes continuous metamorphosis while under the kiln's blaze.

As a ceramist Salman Ikram has an in depth working knowledge of glazing techniques. He uses both reduction and oxidation processes to create the desired effects and opts for the greater flexibility of gas firing. Weather you see his Crystalline glazes, Copper reds, Matt or Dry art forms his pieces exhibit his total control of firing and glazes.

Salman Ikram, who is acknowledged as an exceptional ceramist of this generation, even by his peers. Salman says “My works is an exploration of materials and techniques which are employed to create individualistic Art forms, featuring a balance between shapes, texture and colors

I enjoy the challenge of controlling Crystalline process with extensive
record-keeping, experience, observation, and attention to details.
My ceramic surfaces are my canvas where my artistic acumen is at play.
- Salman Ikram 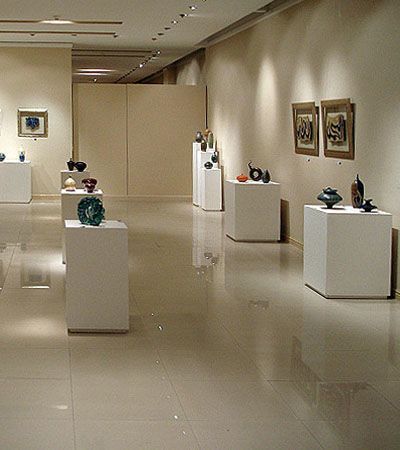 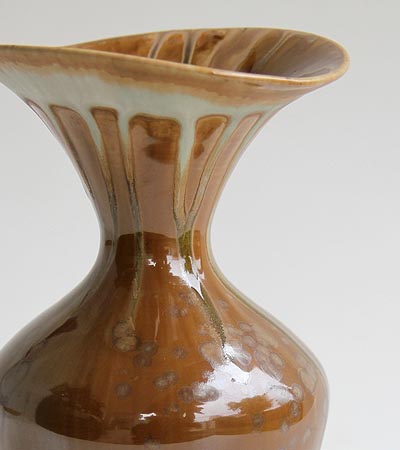